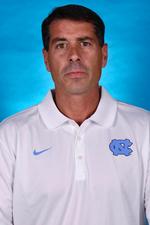 Carlos Somoano, the active leader in winning percentage among Division I head coaches, enters his ninth year in 2019 at the helm of the North Carolina men's soccer program.

Somoano reached the summit of collegiate soccer when he led the Tar Heels to the 2011 NCAA title, becoming just the second rookie head coach in NCAA history to win a national championship. He returned to the College Cup with his Tar Heel side in 2016, marking the second appearance in the sports ultimate destination under his leadership.

Somoano, who has guided each of his eight previous clubs to NCAA postseason play, owns an impressive 121-30-22 career record, good for a program best .763 winning percentage. Not only has all eight clubs made the postseason, but five of those teams reached at least the NCAA Quarterfinals.

He was named the 2011 National Coach of the Year by Soccer America as the Tar Heels posted a 21-2-3 mark en route to the national title. The Tar Heels became only the second team in Atlantic Coast Conference history to claim the treble in a single year by winning the ACC regular season title, the ACC Championship crown and the national championship in 2011.

In addition to his national coach of the year honors, the ACC coaches also pegged Somoano the top head man in the ACC for 2011. Somoano joined former Carolina men's coach and current Carolina women's coach, Anson Dorrance, as the second coach to be named the ACC Coach of the Year in their first year on the job.

Five Tar Heels earned All-ACC honors in 2011 with Scott Goodwin, Matt Hedges, Enzo Martinez and Billy Schuler being named first team and Kirk Urso joining the second team. Mikey Lopez, Jordan McCrary and Boyd Okwuonu were all named to the ACC All-Freshman Team, while Hedges and Lopez earned Defender of the Year and Freshman of the Year, respectively.

It was going to be a tough act to follow in his second season, but the Heels did well in recording a 16-4-3 mark and came within one match of a fifth-straight College Cup in 2012. UNC ultimately fell 1-0 to eventual national champion Indiana in the quarterfinal round of the NCAA Championship.

Similar to previous seasons, UNC was honored with a handful of national awards in 2012 with Danny Garcia, Goodwin, Lopez and Okwuonu all earning All-America honors. Additionally, Jonathan Campbell and Garcia, the ACC Freshman of the Year, earned Freshman All-America plaudits.

Six Tar Heels earned All-ACC awards during the 2012 campaign. Garcia joined Lopez as the first Tar Heel duo to be named ACC Freshman of the Year in back-to-back seasons since 1993 and ’94. Additionally, Lopez and Okwuonu were the only underclassmen to be recognized on the All-ACC first team.

Academically, Goodwin was the winner of the Capital One Academic All-America of the Year award for Division I men's soccer. He also headlined the All-ACC Academic Team, earning the Scholar-Athlete of the Year award.

The 2013 Tar Heels featured one of the top defensive sides in the nation, led by ACC Defender of the Year Okwuonu, who also earned All-America honors for the second-consecutive season. Carolina advanced to the second round of the NCAA Championship, finishing with a 9-6-5 record.

The Tar Heels turned 2014 into another stellar campaign by posting a 15-5-2 overall mark and again reached the NCAA Quarterfinals for the sixth time in seven seasons. UNC was a prolific scoring team, leading the country in goals (52) and total points (157) and was second with 53 assists. Andy Craven, a finalist for the MAC Hermann Trophy, led the scoring corp with an NCAA best 35 points and 15 goals.

The Tar Heels opened the 2015 campaign unbeaten in its first 12 matches, and in the process set a program record with a 16-game unbeaten streak going back to the end of the 2014 season. Carolina finished first in the ACC Coastal Division, earned the No. 5 national seed in the NCAA Championship, reached the third round for the seventh time in the last eight years, and finished the season with a stellar 15-2-3 record.

After knocking on the door of the College Cup in recent years, UNC broke through for the programs seventh trip in 2016. Carolina won the ACC’s Coastal Division, earned the top seed in the ACC Championship and received the No. 10 national seed in the NCAA Championship as well.

A thrilling overtime winner over Providence in the NCAA Quarters set up a heavyweight bout between the Tar Heels and defending champion Stanford. The match was played to a scoreless draw, however, the Cardinal advanced, 10-9 in penalties, and ultimately won a second-straight national championship in Somoano’s hometown of Houston, Texas.

In the classroom, Alex Comsia earned the NCAA Elite 90 Award, an honor that goes to the College Cup participant with the highest GPA. Additionally, David October was a first team Academic All-American.

Before his success as head coach, Somoano helped recruit six top-10 recruiting classes and watched over one of the most successful periods in school history as an assistant coach for nine seasons from 2002-2010. The Tar Heels advanced to three consecutive NCAA College Cups, including the 2008 National Championship game, and amassed a 118-52-27 record.

Somoano helped lead the Tar Heels to nine All-America honors and 41 All-Atlantic Coast Conference honors as an assistant, including the 2003 ACC Rookie of the Year, Jamie Watson. Twelve different Tar Heels were named to the All-ACC Academic Team for their work in the classroom and on the field, including 2010 ACC Men's Soccer Academic Athlete of the Year Kirk Urso.

Carolina was the only team nationally to have a first-round selection every season between 2010 and 2013, and its six first rounder’s in that time frame was the second most in the country.

Four former Tar Heels who played under Somoano have represented the United States Men’s National Team as Hedges, Loyd, McCarty and Logan Pause have all been called upon to represent their country.

College Soccer News named Somoano a Top 20 Assistant Coach six times in his career as well as the NSCAA South Region Assistant Coach of the Year in 2010. In addition to his work with the Tar Heels, Somoano has coached 16-to-18-year old boys with Raleigh's Capital Area Soccer League since 2002. He has guided three different teams within this age group to a total of five-straight state titles and three Disney Soccer Showcase championships. Somoano also served as the United States Youth Soccer Region III Staff Coach in 2004, 2006 and 2007 and was responsible for selecting and coaching ODP state team players. He also served in a similar position in Region I from 1999-2002.

Additionally, Somoano serves as a scout for the U.S. Soccer Development Academy. In 2009, Somoano was the head coach for the U-16 CASL Chelsea Academy, where he led his team to the National Championship week. He was named the 2009 US Soccer U-15/16 Development Academy Southern Conference and National Coach of the Year.

Somoano received a Bachelor of Science in biology (concentration in pre-medicine) from Eckerd College in 1992. He then earned a Master's of Sport Management degree from the University of Richmond in August of 2000. Somoano earned four letters in soccer at Eckerd College and was a two-year team captain. 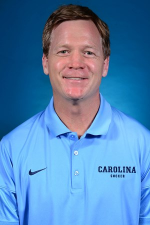 He played alongside 16 MLS draft picks as a player, and has helped guide 19 players into professional soccer since becoming a Tar Heel assistant coach in 2011.

Porter’s 11 years with the Carolina program is likely unmatched by any other former player turned coach in Tar Heel history. His resume includes the aforementioned two national titles in 2001 and 2011, and a perfect 11 appearances in the NCAA Championship.

Porter rejoined Carolina in 2011 with eight years of coaching experience under his belt since graduating from UNC. Porter was the Director of Soccer for the Charlotte United Futbol Club in Charlotte, N.C., from 2006-2010. During that time he was also the head soccer coach at Charlotte Country Day School during the 2009 and 2010 seasons.

While at Charlotte Country Day, Porter helped groom an all-state selection, a pair of all-region honorees and six all-conference award winners.
Porter was an assistant coach at UC Santa Barbara in 2005 where he helped lead the Gauchos to an NCAA Championship appearance and a top-25 final national ranking. Eight players on that roster went on to Major League Soccer.

He began his coaching career at Georgia State University where he was the head assistant coach for two seasons. Porter helped lead the Panthers to a winning record and a trip to the Atlantic Sun Tournament semifinals. Porter earned a master's degree in sport administration from GSU.

Porter was a four-year starter during his time in Chapel Hill from 2000-03. He was credited with the game-winning assist in the 2001 national championship game, and was awarded the UNC Nicholas Douglass Potter Coaches' Award in 2001.

Porter would later go on to become the team captain in his senior year of 2003. The run from 2000-03 ranks as one of the best four-year spans in school history. The Tar Heels won 21 matches in back-to-back seasons, and were crowned both 2000 ACC Championship and 2001 NCAA national champs.

Porter, who works with US Soccer as a regional scout for youth national teams, holds a bachelor's degree from the University of North Carolina in economics. 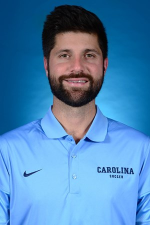 As a former NCAA Division I National Champion in 2007 at Wake Forest, Clayton helped the Demon Deacons make three-consecutive appearances at the NCAA College Cup from 2006-08.  After spending three seasons as an assistant coach at his alma mater, Clayton aided UMass-Lowell in its transition to Division I (America East Conference) as the top assistant in 2013. He was involved in all aspects of the program with an emphasis on recruiting. Helped put together the Riverhawks' recruiting class that went on to help UMass Lowell finish No. 4 in the RPI two years ago.

As a player for the Demon Deacons, Clayton was a part of the 2006 and 2008 ACC Regular Season Championship squads. The 2007 National Champion graduated in 2009 with a Bachelor of Arts in history.